Oh I so love the sweet summer corn that is everywhere right now...grilled...dropped for moments in boiling water...parboiled and slice off the kernels for a salad with beans or peas...whatever you do with fresh summer corn..it is fabulous this time of year.
Here's a thought! Why top your freshly made corn in plain butter, when you can baste the sweet ears in a blend of citrus juice, garlic, shallot, chives, parsley, basil and mint? Mix up a citrus herb butter to have handy for the seasons brightest harvest. 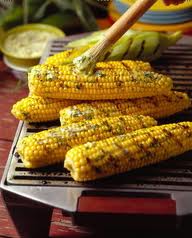 Feel free to substitute delete or add fresh herbs to suit your family’s tastes…and use what you have in your garden. Adding a little squeeze of dijon mustard is a nice variation too!


Combine all the ingredients. Transfer the mixture to a sheet of waxed paper.
Wrap the paper around the butter and shape it into a roll, twisting the ends of the paper to seal. Refrigerate for at least 1 hour, or until the butter is firm.
Cook your fresh corn on the stove or on the grill. Serve with the herb butter….enjoy!

How Long Will You Live? 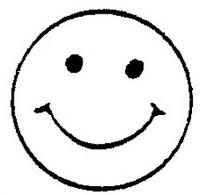 There are only 13 questions, but they predict how long you're likely to live. Click Here to try it!

The Calculator thinks I should make it to 98....sheesh...how are my savings doing?

Posted by Jolie Root at 6:53 AM No comments: According to a new study in the American Journal of Clinical Nutrition, eating red meat, particularly processed red meats like bacon, sausage, and hot dogs, may increase a person’s risk of developing type 2 diabetes.
Those who had one 3.5-ounce serving of red meat a day, such as steak or hamburger, were almost 20% more likely to develop type 2 diabetes. But the big risk increase came from processed red mearts like bacon and hot dogs. Having two slices of bacon or one hot dog, led to a 51% increased risk for developing diabetes.
Oddly enough, the National Cattlemen’s Beef Association stated that nothing in the study should change how people enjoy nutrient-rich beef as part of a healthy, balanced diet. Hmmm…
Posted by Jolie Root at 2:44 PM No comments:

Email ThisBlogThis!Share to TwitterShare to FacebookShare to Pinterest
Labels: Diabetes

The earliest stages of blood vessel disease (atherosclerosis) is sometimes detected through observation of some changes in the arterial wall. One of them is the decrease in elasticity, which is related to a high risk of development of atherosclerosis. Another change is the intima-media thickening, which is a primary stage of atherosclerosis and may be used to monitor asymptomatic individuals.
Antidepressants may boost mood at the expense of accelerated atherosclerosis for middle-age men, according to an observational study of more than 500 twins who had served in the Vietnam War.
Antidepressant use appeared to "age" carotid arteries by the equivalent of four years of atherosclerotic plaque accumulation compared with nonuse.

These data and conclusions should be considered to be preliminary until published in a peer-reviewed journal. The study was published as an abstract and presented at a conference. Still it gives pause to the widespread use of anti-depressants, considering the link between depression and heart disease.

Posted by Jolie Root at 2:24 PM No comments: 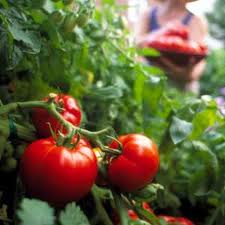 Whether it's the lycopene -- the pigment that gives tomatoes their red color -- or something else isn't clear. But several studies have linked eating tomatoes to reduced risk of several types of cancer, including prostate cancer. Studies also suggest that cooking tomato products such as juice, sauce, or paste increases their cancer-fighting potential.
I love to roast tomatoes and serve them alone or tossed over hot angel hair pasta, or over toasted sliced french bread that has been rubbed with olive oil and garlic.
8-10 plum tomatoes halved lengthwise, cores and seeds removed


4 tablespoons extra virgin olive oil..one of my favorites is Newman's Own.
2 tablespoons balsamic vinegar, I also like Newman's Own.
1- 2 large garlic cloves, minced
2 teaspoons sugar
1/2 teaspoon Eden Foods sea salt. (You can get this at Whole Foods)
1/2 teaspoon freshly ground black pepper
Preheat the oven to 450 degrees F.
Arrange the tomatoes on a non-stick baking pan, cut sides up, in a single layer. Drizzle with olive oil and balsamic vinegar. Sprinkle the garlic, sugar, salt, and pepper over the tomatoes. Roast for 25 to 30 minutes, until the tomatoes look like they've shrunken a bit and are beginning to brown slightly. Be careful not to burn them.  Sometimes I chop them to serve them bruschetta style. Sometimes I add fresh basil or thyme or oregano. They are delicious served warm or at room temperature.
Posted by Jolie Root at 1:49 PM No comments: 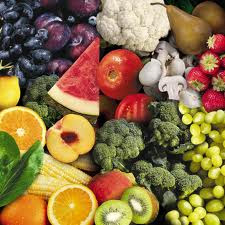 Fruits and vegetables have more cancer-fighting nutrients then any other foods. And the more colorful, the more nutrients they contain. Plant foods slash cancer risk another way by helping help you reach and maintain a healthy body weight. Those extra pounds increase your risk for multiple cancers, including colon, esophagus, and kidney cancers. Your goal should be five to nine servings a day, prepared in a healthy way.
Posted by Jolie Root at 1:35 PM No comments: