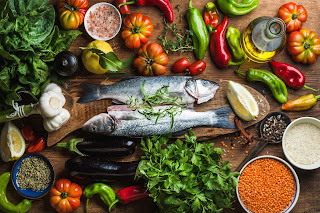 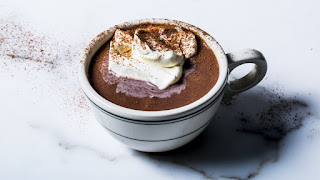 Posted by Jolie Root at 5:36 AM No comments:

Teens with the hearts of old men. A cautionary tale. 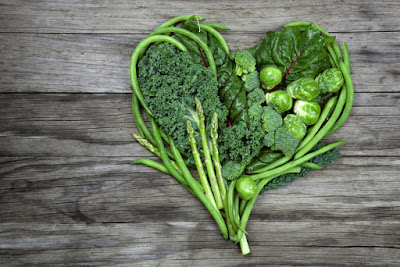 Kale, parsley, broccoli, and spinach: according to new research, these leafy green vegetables may hold even more health benefits than previously thought, as vitamin K - found in abundance in all four - may contribute to a healthy heart.
A new study published in The Journal of Nutrition examines the link between vitamin K levels and heart structure and functioning in young people.
Vitamin K plays a key role in blood coagulation and bone health. Deficient levels of the vitamin raise the risk of hemorrhage, osteoporosis, and bone fractures.


In its dietary form, vitamin K is known as phylloquinone, or vitamin K-1. This is abundantly found in leafy green vegetables such as kale, parsley, broccoli, spinach, iceberg lettuce, and cabbage.
The new research suggests that insufficient levels of the vitamin may affect the structure of the heart, leading to a condition called left ventricular hypertrophy (LVH).
The left ventricle is the heart's major pumping chamber, and in LVH, this chamber is enlarged to an unhealthy degree. As the authors of the new study explain, a larger heart can malfunction with time, becoming less effective at pumping blood.
LVH tends to affect adults, but the researchers decided to study this heart structure in young people because cardiac abnormalities that begin in childhood tend to predict the risk of cardiovascular disease in adulthood. They found that teens with the lowest intake of vitamin K1 from foods had triple the rate of LVH of their counterparts who had the highest intake.
Your mom was right…eat your greens.
Here's the study.
Posted by Jolie Root at 7:47 AM No comments: 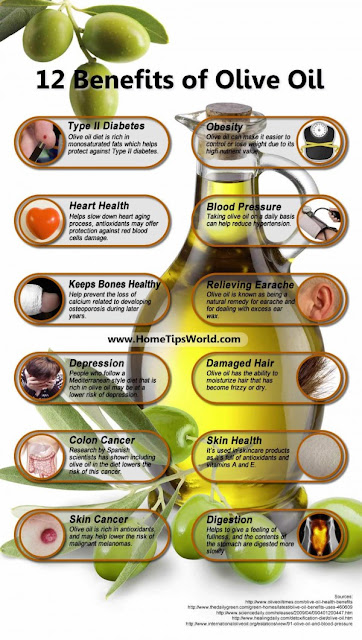 Posted by Jolie Root at 3:10 PM No comments:

Fast food has a reputation for being unhealthy and high in calories, salt and fat.
Thankfully, there are exceptions. Although many fast foods have been processed, refined or deep-fried, some fast food restaurants now offer healthy options.
To make a healthier selection, look for items that include vegetables, lean sources of protein or whole grains. Additionally, opting for foods that are grilled or baked rather than fried can significantly reduce the calories and fat in your meal. Here are a few of my favorite examples. 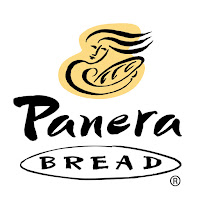 This salad is low in calories, sodium and fat, but high in protein and fiber.

It also contains a variety of fruits and vegetables, which provides vitamins, minerals and antioxidants.Panera offers this salad in a whole or half serving. A half serving makes a perfect side dish when paired with a soup or sandwich, while a whole serving can be a filling meal on its own.
This is the nutrient content for a whole serving of Strawberry Poppyseed Salad with chicken.
Calories: 340 Fat: 12 grams Protein: 30 grams Carbs: 32 grams Fiber: 6 grams

ingredients in this nutrient-packed meal include chargrilled chicken, maple miso sweet potatoes, avocado, pomegranates and a seed mix over spinach, brown rice, chickpeas and red quinoa.
This meal meets the criteria for a healthy fast food, as it’s high in protein and fiber, low in calories and includes a good mix of whole grains, vegetables and healthy fats.

The coconut chicken, chickpeas and quinoa bump the protein up to 30 grams per serving. Meanwhile, avocado delivers some heart-healthy monounsaturated fats. Calories: 500

Though you might not associate McDonald’s with healthy food, they do have a few healthy options on the menu.

The Southwest Grilled Chicken Salad stands out, in particular, because it delivers 37 grams of protein per serving, which can keep you feeling fuller for longer .
In addition to being high in protein, it also contains a few
ingredients that make it especially nutritious, including grilled chicken, black beans, corn, tomatoes, poblano peppers, kale, spinach and red leaf lettuce.
Drizzle it with just a small amount of your favorite dressing to prevent loading up on calories, and opt for some fresh fruit on the side rather than fries.

By selecting the burrito bowl instead of the burrito, you eliminate the calories
and refined carbs from the flour tortilla.

Choosing chicken adds protein with less added fat, sodium and calories than some other types of meat, such as chorizo.
Fajita vegetables, brown rice and black beans all help enhance the fiber content to make it a well-rounded, filling meal.

Keep in mind that adding sauces and dressings to your burrito bowl can rack up the calories pretty quickly, so use them sparingly. This is the nutrient content for one Burrito Bowl with chicken, brown rice, black beans, lettuce, fajita veggies and pico de gallo:

Grilled chicken, feta, hummus and a sun-dried tomato quinoa blend sit atop a bed of lettuce in this healthy salad.
This nutritious dish contains quinoa, a seed that is packed with nutrients and antioxidants. It’s especially high in the antioxidants quercetin and kaempferol (16).
Some animal studies have found these antioxidants may have anti-cancer, anti-inflammatory and antiviral effects in the body (17, 18, 19).
In addition to its impressive antioxidant content, this salad is also high in protein and fiber, making it an excellent fast-food choice.

This salad is available in both full-size and half-size servings. Order a full-size and make it a meal, or get a smaller portion as a nutritious side dish.

Starbucks: Hearty Veggie & Brown Rice Salad Bowl
This nutritious salad bowl includes kale, beets, red cabbage, broccoli, tomatoes and butternut squash served on a bed of brown rice. Besides fulfilling a hearty chunk of your protein and fiber needs, this dish is also high in many vitamins and minerals.

Each serving provides 180% of your daily required vitamin A, 130% of your daily vitamin C and 25% of your daily iron.
Drizzle on some lemon tahini dressing and enjoy this super satisfying salad. This is the nutrient content for one 11-ounce (315-gram) serving of Hearty

Vegetarian Chili
Pinto and kidney beans make up the base of this soup, so it’s no surprise that it’s loaded with fiber and protein.
Even just a small cup of soup contains a whopping 16 grams of fiber.
You can also order it in a large size to knock out your entire daily fiber needs, with 32 grams of fiber per serving.
Because beans are rich in fiber and protein, they have been associated with health benefits like better blood sugar control and weight loss (29, 30).
Order a large size for a filling meal, or get a small cup of this chili and enjoy it as a delicious side dish. This is the nutrient content for 16 ounces (480 ml) of Vegetarian Chili from Au Bon Pain:
Calories: 340 Fat: 2.5 grams Protein: 19 grams Carbs: 61 grams Fiber: 32 grams

With grilled chicken, romaine lettuce, blue cheese, apples, strawberries and blueberries, this salad is a great example of how fast food really can be healthy.
It contains 25 grams of protein, plus 4 grams of fiber to help ward off hunger and keep you satisfied.
You can add your choice of vinaigrette to enhance the flavor of this salad. Apple cider vinaigrette adds just the right amount of zing.
This is the nutrient content for one order of Grilled Market Salad with Zesty Apple Cider Vinaigrette:

The Bottom Line
Though it’s ideal to eat a diet with minimal amounts of processed, refined and fast foods, there are times when you might not be able to avoid eating fast food. In these instances, you can choose healthy healthy options.


While it may take a bit of extra effort, finding healthy items at many popular fast food restaurants is entirely possible.
Look for foods that include a good source of protein, heart-healthy fats, whole grains and vegetables to ensure that you’re getting a well-rounded and nutritious meal.
You’ll enjoy your meal guilt-free, and your body will thank you.