Fight Cancer In Your Kitchen 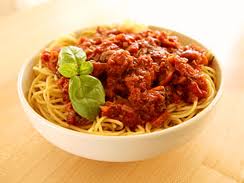 
Lycopene, as an antioxidant, reduces oxidative stress. It may play a significant role in many health concerns, including cardiovascular disease, diabetes, cancer, osteoporosis, liver disease, cataracts, and male infertility.


And I really love Shape.com's list of foods that fight cancer...
1. GET YOUR GREENS 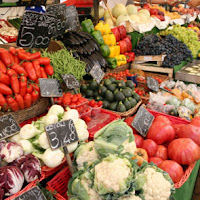 According to the American Cancer Society, Asian women have a breast cancer rate one-fifth that of U.S. women. While soy often gets the credit, cruciferous vegetables are also proving to be preventative. One study showed that Chinese women with the highest levels of isothiocyanate— a compound found in broccoli, kale, Brussels sprouts, and other cruciferous vegetables—cut their rate of breast cancer by 50 percent.
2. MAKE EVERY DAY D-DAY
Low vitamin D levels have recently been linked to an increased risk of everything from heart disease to depression. Now researchers have made a connection between the nutrient and breast cancer: A study in the Annals of Epidemiology found that premenopausal women with higher intakes of vitamin D had a roughly 30 percent lower breast cancer risk. Fish is your best dietary D source— try salmon, trout, and sardines.
3. GET ON THE "A" LIST
Carrots may not only help protect against eye disease, they also may slow the growth of cancer cells. Women who ate at least five servings a day of foods rich in vitamin A and carotenoids, such as carrots, spinach, sweet potatoes, cantaloupe, and apricots, reduced their risk of breast cancer by more than 20 percent. The effect was seen especially in premenopausal women with a family history of breast cancer.
4. TAKE A TEA BREAK

Instead of grabbing a latte as an afternoon pick-me-up, go green—tea, that is. A recent study from Japan, where tea is served at nearly every meal, found that women with cancer who drank at least three cups of green tea a day reduced their risk of recurrence by more than 30 percent. Some scientists believe the reason is that green tea is high in the antioxidant epigallocatechin-3-gallate, which may halt cancer cell growth.
5. LOAD UP ON LIGNANS
Some breast tumors are triggered by the hormone estrogen. Lignans are plant estrogens that are much weaker than the estrogen your body produces yet may block estrogen's effect. (Lignans can also help lower your bad cholesterol, or LDL.) Flax and sesame seeds have the highest amounts, but whole grains and whole-grain bread, cereal, and pasta, pumpkin seeds, soybeans, broccoli, and tea are also good sources.
6. MARINATE, MARINATE, MARINATE
Using high-temperature techniques, like grilling, to cook meat can create potentially cancer-causing compounds to develop. But who wants to give up barbecues? You don’t have to. Sticking with lean red meat, chicken, and fish and marinating them for just a few minutes before grilling helps avoid charring, adds flavor, and keeps these foods moist. But don’t overcook: Well-done meats contain carcinogens too.
http://www.shape.com/healthy-eating/fight-cancer-in-your-kitchen
http://naturalmedicinejournal.com/article_content.asp?edition=1&section=2&article=120