How Inactivity Harms Your Health

I came across this nifty diagram showing how being inactive contributes to illness. Get moving to stay healthy! When you don't move you gain weight, especially around the middle. White blood cells from your immune system move into the fat around your organs. This ignites inflammation everywhere in your body, which leads to insulin resistance and more weight gain, and ultimately diabetes. This raises your risk for heart disease, high blood pressure and stroke. This inflammation also leads to brain issues like dementia, Parkinsons and Alzheimers. Also increased is your risk for cancer. It is worth saying again. Get moving to protect your health! 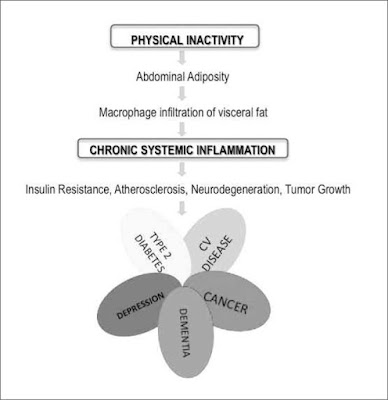 Posted by Jolie Root at 7:48 AM No comments:

Is vitamin C deficiency related to decreased cognitive function? It may be!

There are numerous causes and consequences of Vitamin C deficiency in the brain.

Several risk factors for Vitamin C deficiency have been identified, including disease, smoking, and inadequate dietary intake, but also pregnancy and genetics have been shown to affect Vitamin C levels. Based on Vitamin C’s involvement in important processes in the brain, there is reason to believe that these could be adversely affected by a deficiency. The functions of Vitamin C include its antioxidant function of upholding redox balance, and thus reducing the effects of oxidative stress in the brain. But vitamin C also has other important functions in the brain. These include modulation of the cholinergic, catecholinergic, and glutamergic systems of the brain. Vitamin C supports the general development of neurons ( nerve cells in the brain) through maturation, differentiation and myelin formation. Vitamin C is involved in several processes in the vascular system including helping maintain integrity and function of blood vessels, e.g., nitric oxide synthase, which regulates vessel relaxation through production of nitric oxide.

Vitamin C deficiency appears to pose numerous threats to cognitive function. The involvement of vitamin C in vessel integrity, antioxidant balance and neuromodulation in the brain has prompted investigations into the effect of the vitamin on the developing brain, in aging and in stroke. In the developing brain, neuronal density and maturation is compromised by Vitamin C deficiency, giving rise to decreased brain volume. In the aging brain deficiency affects ACh release and may impair cognitive function through reduced signal transduction but also through amyloid β deposition resulting in generation of reactive oxygen species and increased neuronal impairment in people suffering from Alzheimer’s disease. In stroke, Vitamin C deficiency may result in decreased vessel integrity through decreased nitric oxide synthase generation and impaired synthesis of mature collagen; potentially leading to increased plaque formation and incidence of stroke. Furthermore, an increase in infarct area may result from oxidative damage causing increased neuronal death.

Posted by Jolie Root at 9:39 AM No comments: 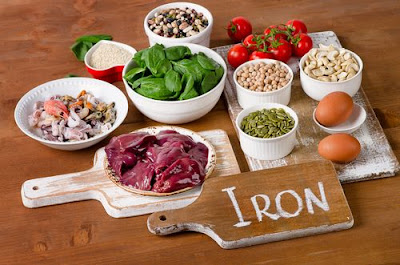 Iron is important for immune function yet it is one of the most common nutrient deficiencies. Here are many reasons why you should check iron levels at your next checkup.
Iron plays an essential role in normal development of the immune system and resistance to infection. Impaired immunocompetence is associated with iron deficiency.  Ref. Ref.
Iron is  necessary for immune cell production, cytokine production, ref, immune response    and the generation of reactive oxygen species required for killing pathogens. Ref Ref
Iron deficiency is associated with some reduced function of lymphoid organs (tissues that produce lymphocytes) and immune cells, specifically thymus degeneration, resulting in a decrease of T cells. Ref.
Iron deficiency is associated with reduced neutrophil activity against bacteria. Myeloperoxidase, an enzyme in neutrophils required for killing bacteria, needs iron to function. Ref.
Neutrophil function is restored to normal with iron supplementation. Ref. Ref.
Low iron is linked to changes in immune responses that reduce the ability to fight off viral and bacterial infections. Ref.
Iron deficiency is associated with impairments in cell mediated immunity and innate immunity and may render older adults more vulnerable to infections. Ref.

A dozen reasons why iron is so important for women of childbearing age. 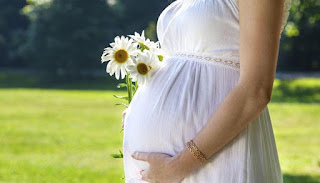 Iron deficiency is one of the leading risk factors for disability and death worldwide, affecting an estimated 2 billion people. Reference Reference
Women of childbearing age are prone to iron deficiency. Reference Reference
A low intake of iron is associated with a higher risk of premenstrual syndrome. Reference
PMS Symptoms are more severe in anemic women comparing to non-anemic women. Reference
Taking dietary and iron supplements for 2 months reduced PMS symptoms considerably in all women having anemia. Reference
Eating a diet that provided about 22 mg of iron every day for 10 years was linked to a 33% decrease in risks of developing premenstrual syndrome. Reference
Iron Deficiency is Linked to Pregnancy Complications Reference Reference
Apgar (Appearance, Pulse, Grimace, Activity, Respiration) scores, that assess the health of newborn infants, are significantly higher in children born to mothers who took iron supplements. Reference
Low Hemoglobin Level Is a Risk Factor for Postpartum Depression. Reference
Postpartum anemia is associated with an impaired quality of life, reduced cognitive abilities, emotional instability, and depression and constitutes a significant health problem in women of reproductive age.
Reference
A decrease in maternal hemoglobin levels causes immunological and nutritional alterations in breast milk. Reference

Posted by Jolie Root at 3:20 PM No comments: 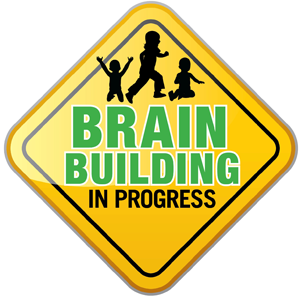 Iron is necessary for brain development. Study
Iron is necessary for normal brain function. Study
Hippocampal structure requires iron. Study
Iron is needed for myelination and memory function. Study
Low iron and ferritin levels are associated with ADHD, the severity of ADHD symptoms and cognitive deficit. Study 1 Study 2
Low iron levels in the brain alter dopamine function, involved in movement, cognitive function and attention. Study
Treatment with iron supplements may improve ADHD in children with low ferritin levels. Study Study
Iron deficiency is linked to autism. Study Study
Iron deficiency is linked to autism and Asperger’s syndrome. Study
The risk for autism spectrum disorder increases with low maternal iron. Study
Children who have iron-deficiency anemia in infancy are at risk for long-lasting developmental disadvantage. Study
Children who had severe, chronic iron deficiency in infancy scored lower on measures of mental and motor functioning at age 10 Study
There is an association between psychiatric disorders and iron deficiency anemia among children and adolescents. Study
Children with iron deficiency had greater than twice the risk of scoring below average in math than did children with normal iron status. Study

Posted by Jolie Root at 1:49 PM No comments:

It takes 4 months to raise your Omega-3 Index levels when you begin to increase your dose of EPA and DHA. Shoot for 1500 to 2000 mg of EPA + DHA daily. The image below says it all. 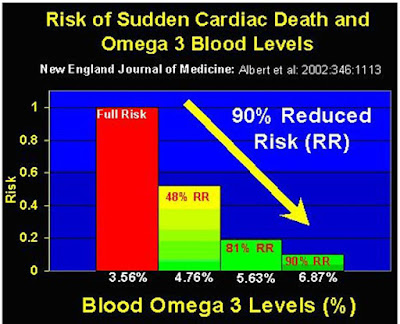 Posted by Jolie Root at 1:32 PM No comments: 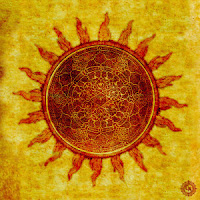 Posted by Jolie Root at 9:14 AM No comments: