A diet high in refined carbs increased depression in post-menopausal women by 22%.

Watch out for those refined carb food binges. A new study published in The American Journal of Clinical Nutrition has revealed a diet high in refined carbohydrates may lead to an increased risk of depression in postmenopausal women. One might also assume the foods are trouble for men, but women have higher rates of depression in general. 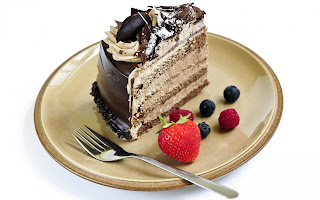 Carbs are found in a wide variety of foods and have often been the focus of new weight-loss diets. However, the emphasis should not be on how many carbohydrates we eat, but the type.
Refined carbohydrates are contained in refined grains, such as white flour, white bread and white rice. They differ from whole-grain foods because they have been milled - a process that increases the texture and shelf life, but that also removes much of the nutritional value which includes important fiber and vitamins.
Once carbohydrates are eaten, some of the sugar is broken down into glucose that then proceeds to enter the bloodstream. The glycemic index (GI) is a metric tool used to measure and rank the extent to which our body's sugar levels are raised after eating.
Low glycemic index foods take longer to digest and break down and, therefore, enter the blood stream slowly. Thus the blood's glucose level raises more slowly over an extended period of time.
High glycemic index foods cause a more rapid rise of the blood's glucose level. Refined grains fall into this category, and it is this reason why a high glycemic index ( refined carbs) diet can lead to a host of health problems, such as insulin resistance, obesity and type two diabetes.
Foods that have some of the highest GI scores include white bread, breakfast cereals like puffed wheat and rice and corn flakes, also instant oatmeal. Pasta, crackers, cookies, pretzels and popcorn.
Doctors at Columbia University Medical Center (CUMC), NY, set out to investigate the relationship between a diet high in refined carbohydrates and depression.
The researchers analyzed data from more than 90,000 postmenopausal women who participated in the National Institutes of Health's Women's Health Initiative Observational Study that was conducted between 1994-1998. The observational study enlisted postmenopausal women between the ages of 50-79 and tracked their health over an average of 8 years.
They examined the levels of depression reported, the types of carbohydrates consumed, the GI rank and the glycemic load.
It was found that refined carb diets increased the risk of depression in postmenopausal women by 22%. Also, a higher consumption of lactose, fiber, non-juice fruits and vegetables was significantly associated with a lower chance of developing depression.