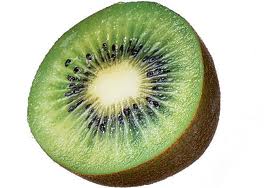 Individuals from southern China can be proud of their native fruit once again, as new research shows the furry fruit lowering blood pressure.

Kiwis may be one of the smaller fruits, but they are stacked with nutritional contents in their juicy green flesh; including Lutein, a powerful antioxidant which is thought to be one of the active components in the fruit that reduces blood pressure. They have a good vitamin C content as well, which is known to promote elasticity of blood vessels.

Researchers who were led by Mette Svendsen of Oslo University Hospital in Norway point to lutein as having benefits, but cardiologists were quick to say that there is no magic bullet or compound that is going to take care of a person's heart health, it's more a question of a healthy lifestyle with a good diet and exercise. Kiwis though, can happily make up one of the recommended five a day servings of fruit and vegetables that have shown to improve health in the long run.

The study, funded by the Oslo University Hospital, included 50 men and 68 women with an average age of 55 who were randomly assigned to eat three kiwis or one apple a day for eight weeks. Participants had blood pressure levels in the mildly elevated range of 128/85 when the study began. A blood pressure reading that is less than 120/80 is considered ideal. They changed nothing in their diet other than adding the fruit. Researchers measured blood pressure via 24-hour ambulatory monitoring, which is thought to be more precise than measuring it during a single point in time.