Activation of flavonoids from foods increases their protective nature.

Methylation, a chemical process of adding structures called methyl groups to flavonoids, increases their ability to reduce inflammation and other harmful events in cells.

Methylation – the addition of a methyl group (CH4 – one carbon attached to three hydrogens) to another molecule – is an essential and vital biochemical process within the human body that is involved in a large number of biochemical pathways involving neurotransmitters, detoxification, cardiovascular health, eye health, muscle health, bone health, and redox ( antioxidant) balance. A number of specific nutrients are necessary for methylation to occur normally.

Now scientists at the University of York have discovered that very small chemical changes to dietary flavonoids cause very large effects when the plant natural products are tested for their impact on the human immune system.


Plants are capable of making tens of thousands of different small molecules – an average leaf for example, produces around 20,000. Many of these are found in a typical diet and some are already known to have medicinal properties with effects on health, diseases and general well-being. 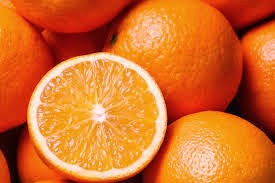 Now plant biologists and immunologists at York have joined forces to examine a very closely related family of these small molecules (flavonoids) to establish how tiny changes to their chemical structures affect their bioactivity.
The research, published in The Journal of Biological Chemistry, has important implications for dietary advice and may bring innovation to the development of new pharmaceuticals from plant nutraceuticals.
Researchers from the Centre for Novel Agricultural Products (CNAP) and the Centre for Immunology and Infection (CII) in the University’s Department of Biology designed experiments to test the bioactivity of plant-derived flavonoids.
Professor Dianna Bowles, a plant biochemist and founding Director of CNAP, led the research with Professor Paul Kaye, the Director of CII, who developed the robust assay system involving human cells to assess the impacts of the different structures.
Professor Bowles, who referred to the research in a panel discussion on ‘Nature’s Marvellous Medicines‘ at the recent Royal Society Summer Science Exhibition, said: “We were measuring how flavonoids affected the production of inflammatory mediators by cells stimulated by microbial products. We found that the way in which a flavonoid scaffold was decorated had massive effects on how the cells responded.
If a methyl group was attached at one site, there would be no effect; methylate another site, and the cells would produce far greater amounts of these inflammatory mediators. Therefore, the site of attachment on the structural scaffold was all-important in determining the bioactivity of the small molecule.

“Plant products in our diet have immense
molecular diversity and consequently
also have a huge potential for
affecting our health and well being.
We are only at the beginning of
discovering the multitude of their effects.”

Professor Kaye added:  “The research demonstrates the level of control that the shape of a molecule can have on its recognition by our immune system cells. This is really important since we can use information such as this to design new drugs for clinical use, as novel immunomodulators, for example”. 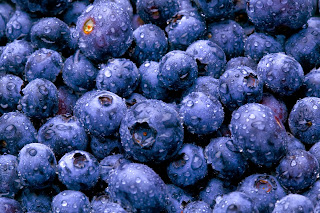 Email ThisBlogThis!Share to TwitterShare to FacebookShare to Pinterest
Labels: Aging, Antioxidants, B Vitamins, B-12, Flavonoids, Methylation