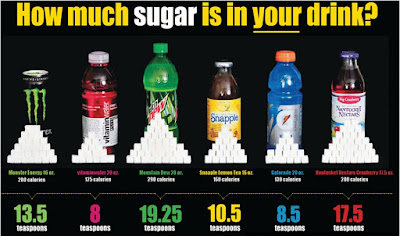 Consumption of sugary drinks may lead to an estimated 184,000 adult deaths each year worldwide, according to research published today in the journal Circulation and previously presented as an abstract at the American Heart Association Council on Epidemiology and Prevention in 2013.
“Many countries in the world have a significant number of deaths occurring from a single dietary factor, sugar-sweetened beverages. It should be a global priority to substantially reduce or eliminate sugar-sweetened beverages from the diet,” said Dariush Mozaffarian, M.D., Dr.P.H., senior author of the study and dean of the Friedman School of Nutrition Science & Policy at Tufts University in Boston.
In the first detailed global report on the impact of sugar-sweetened beverages, researchers estimated deaths and disabilities from diabetes, heart disease, and cancers in 2010. In this analysis, sugar sweetened beverages were defined as any sugar- sweetened sodas, fruit drinks, sports/energy drinks, sweetened iced teas, or homemade sugary drinks such as frescas, that contained at least 50 kcal per 8oz serving. 100 percent fruit juice was excluded.
Estimates of consumption were made from 62 dietary surveys including 611,971 individuals conducted between 1980 and 2010 across 51 countries, along with data on national availability of sugar in 187 countries and other information. This allowed capture of geographical, gender and age variation in consumption levels of sugar- sweetened beverages in different populations. Based on meta-analyses of other published evidence on health harms of sugar-sweetened beverages, the investigators calculated the direct impact on diabetes and the obesity-related effects on cardiovascular disease, diabetes and cancer.
In 2010, the researchers estimate that sugar-sweetened beverages consumption may have been responsible for approximately:
133,000 deaths from diabetes
45,000 deaths from cardiovascular disease
6,450 deaths from cancer
“Some population dietary changes, such as increasing fruits and vegetables, can be challenging due to agriculture, costs, storage, and other complexities. This is not complicated. There are no health benefits from sugar-sweetened beverages, and the potential impact of reducing consumption is saving tens of thousands of deaths each year,” Mozaffarian said.
Overall, in younger adults, the percent of chronic disease attributed to sugar-sweetened beverages was higher than the percent in older adults.
The health impact of sugar-sweetened beverage intake on the young is important because younger adults form a large sector of the workforce in many countries, so the economic impact of sugar-sweetened beverage-related deaths and disability in this age group can be significant. It also raises concerns about the future. If these young people continue to consume high levels as they age, the effects of high consumption will be compounded by the effects of aging, leading to even higher death and disability rates from heart disease and diabetes than we are seeing now.
Singh GM, Micha R, Khatibzadek S, Lim S, Ezzati M, and Mozaffarian, D. “Estimated global, regional, and national disease burdens related to sugar-sweetened beverage consumption in 2010.” Circulation. Published online ahead of print 06-29-15. doi:10.1161/CIRCULATIONAHA.114.010636