Yes if you add sugar to whatever you're drinking on a daily basis you'll end up with belly fat. The worst kind of extra weight you could carry.

I have a confession. I am a nutritionist and have been for more than 30 years. So here's the guilty admission. I watch what is in grocery carts when I am in line at the market and I am silently but terribly judgmental. 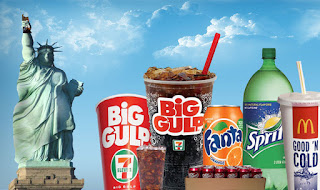 It just adds up. You see a pile of sugary drinks...cans of soda or fruit flavored sugary drinks in a cart you almost always see extra weight on the person buying them. I know that seems insulting to many shoppers nationwide, but try it yourself and see if I am wrong. Here's an NIH study that makes my case.


So-called visceral fat in the midsection wraps around internal organs like the liver and pancreas and affects the function of hormones like insulin. Insulin dysfunction, and becoming resistant to insulin, is closely tied to type 2 diabetes and heart disease risk. A lot of prior studies have looked at sugar-sweetened beverages and obesity, this one looked at body fat distribution, in particular change over time.

The National Institutes of Health volunteer who spoke about the study used data from about 1,000 adult participants in the Framingham Heart Study in Framingham, Massachusetts, who answered food frequency questions about sugar-sweetened beverages and diet soda.


Sugar-sweetened beverages like regular soda and fruit punch have added sucrose or high fructose corn syrup. Most participants said they drank a mixture of sugary beverages and diet soda.


About a third said they never consumed sugar-sweetened beverages, 20 percent did so occasionally, 35 percent drank them frequently and 13 percent drank them daily.
At the study start, they underwent a computed tomography scan to measure quantity and volume of abdominal fat tissue. Six years later, they underwent another scan.
Over that period, visceral fat volume increased by 658 cubic centimeters for non-drinkers, slightly more for occasional and frequent drinkers, and by 852 cubic centimeters for daily drinkers of sugary beverages, as reported in the journal Circulation.
For daily drinkers, that’s in increase of about 0.8 kilograms, or 1.8 pounds, of abdominal fat. That is certainly enough to make a difference in a person's metabolism and increase risk of insulin resistance and diabetes.
The American Heart Association recommends a limit of 100 calories per day of added sugars, such as those found in sweetened beverages, for most women, and 150 calories per day for most men.
“Drinking one 12-ounce soft drink a day would exceed that amount – and while they are a major source, sugar-sweetened beverages contribute only about half of the added sugar consumed by Americans. You also have to look at coffee and tea sweetened with sugar. Each teaspoon of sugar is only 16 calories, but the limit would be six per day for women and 9 per day for men. One Tall Latte or can of soda puts you above that line.
What to do? Think calorie free. Water, unsweetened tea or coffee, and sparkling beverages that are zero calories are much better choices. Why weigh more than you need to? And don't even get me started on fast food. 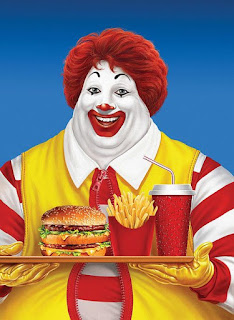