A growing understanding of the connection between our gut and our brain.

Although the interaction between our brain and gut has been studied for years, its complexities run deeper than initially thought. It seems that our minds are, in some part, controlled by the bacteria in our bowels. 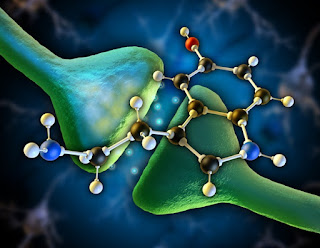 The gut has defenses against pathogens, but, at the same time, it encourages the survival and growth of "healthy" gut bacteria.

Of course, these bacteria do benefit from the warmth and nutrition in our bowels, but it is not a one-way relationship - they also give back.

Some species benefit us by breaking dietary fiber down into short-chain fatty acids that we can then absorb and use. They metabolize a number of compounds on our behalf and play a role in the synthesis of  vitamins B and K.
On the other hand, recent research infers that imbalance of gut bacteria might be an important factor in inflammatory and autoimmune conditions.
The microbiome's role in health and disease is only slowly giving up its secrets. The latest and perhaps most remarkable finding is the ability that gut bacteria have to moderate our brain and behavior.

The links between our gut and brain are hormonal, immunological, and neural, via the central nervous system and the enteric nervous system, which governs the function of the gut. Collectively, they are termed the gut-brain axis.

These gut-brain conversations have been studied for some time. However, a new level to this partnership has recently been glimpsed; researchers are now considering the influence of our microbiome on the gut-brain axis. In other words, researchers are asking: do the bacteria in our gut affect our psychology and behavior?

The question is whether adding beneficial gut bacteria to an animal can make a difference. Research seems to say yes.

A study published in the Journal of Neurogastroenterology and Motility, collated the results of studies looking at the effects of probiotics on central nervous system function in both humans and animals.
They examined 25 animal and 15 human studies, most of which used Bifidobacterium and Lactobacillus over a 2-4-week period. Although, as the authors mention, translating animal studies like this into human terms is a dodgy game. They concluded: "These probiotics showed efficacy in improving psychiatric disorder-related behaviors including anxiety, depression, autism spectrum disorder, obsessive compulsive disorder and memory abilities, including spatial and non-spatial memory."