Italian researchers from the University of Florence have found that extra virgin olive oil polyphenols may prevent or delay the appearance of Alzheimer’s disease. 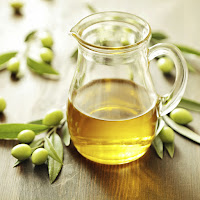