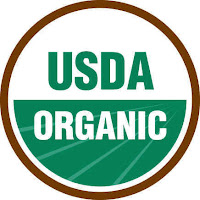 Three independent investigations published online April 21 ahead of print in the peer-reviewed journal Environmental Health Perspectives (EHP) have reached similar conclusions, associating prenatal exposure to organophosphate (OP) pesticides with IQ deficits in school-age children. The fact that three research groups reached such similar conclusions independently adds considerable support to the validity of the findings.
The three studies were conducted at the University of California, Berkeley, School of Public Health; the Mailman School of Public Health at Columbia University; and Mount Sinai School of Medicine. All three involved cohorts of women enrolled during pregnancy. The Berkeley and Mount Sinai investigators measured OP pesticide metabolites in the pregnant women’s urine, while the Columbia investigators measured the OP pesticide chlorpyrifos in umbilical cord blood. Intelligence tests were administered to children of these mothers between ages 6 and 9 years at Mount Sinai and at age 7 years at Berkeley and Columbia.
Although the study findings are not directly comparable, all three investigations found evidence linking prenatal OP pesticide exposures with adverse effects on cognitive function that continued into early childhood.
The whole story is here. http://www.newswise.com/articles/prenatal-exposure-to-organophosphate-pesticides-associated-with-iq-deficits-in-school-age-children