Vitamin C appears to be critical for health and function of the eye. 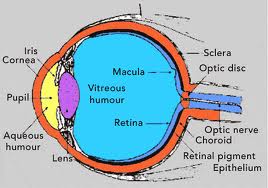 GABA type receptors in retinal cells require significant amounts of vitamin C to function properly, according to collaborative research from Oregon Health & Science University and University of Buenos Aires, Argentina.
The research was published in the Journal of Neuroscience.
According to the scientists, GABA-type receptors in the brain support communications between brain cells. The study found the GABA-type receptors in retinal cells stopped functioning properly when vitamin C was not plentiful.
The study authors found that the cells in the retina need to be 'bathed' in relatively high doses of vitamin C, inside and out, to function properly. Because the retina is part of the central nervous system, this suggests there's likely an important role for vitamin C throughout our brains.
Vitamin C’s antioxidant properties may preserve receptors and other cells from premature breakdown. Retinal cells are a type of very accessible brain cells, suggesting other parts of the brain containing GABA-type receptors might be similarly dependent on vitamin C.

The role of vitamin C in the brain and central nervous system (CNS) is not fully understood, according to researchers, who noted even when the rest of the body is deprived of the vitamin, it persists in the brain long after. This research finding may provide clues into the mechanisms of scurvy, which is caused by vitamin C deficiency. The findings may also yield insights into other diseases such as glaucoma and epilepsy, both which are caused by dysfunctional nerve cells in the retina and brain possibly marked by GABA receptor malfunctioning. 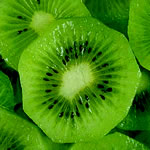 For example, maybe a vitamin C-rich diet could be neuroprotective for the retina, for people who are especially prone to glaucoma.
Foods that are particularly high in vitamin C are Red and Green Peppers, Guava, fresh herbs such as Thyme and Parsley, Dark leafy greens such as Kale and Chard, Collards and Mustard Greens, Broccoli, Cauliflower and Brussels Sprouts. Kiwi fruit, papaya, Oranges and Tangerines and strawberries are also great sources of vitamin C. And of course you can always take a supplement!
Posted by Jolie Root at 9:12 AM