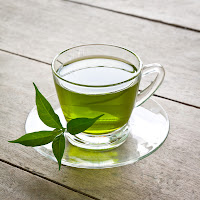 Sometimes, a good cup of tea really can clear your head and help you think more clearly. A daily habit of green tea may even promote the growth of brain cells and revitalize memory and learning capabilities.
Researchers at the University of California, Davis, have been studying how green tea influences brain function and boosts memory. Now Chinese researchers have confirmed findings that Green tea favorably affects the generation of brain cells and provides benefits for memory and spatial learning.

The compound in green tea responsible for boosting brain power is a chemical called epigallocatechin-3 gallate (EGCG). It’s an antioxidant that improves cognitive function by promoting growth and function of neurons (nerve cells) in the brain.