Harmful, hidden toxins in the diets of pregnant women 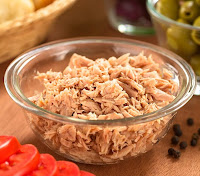 Pregnant women regularly consume food and beverages containing toxins believed to pose potential risks to developing fetuses, according to researchers at the University of California, Riverside, suggesting that health care providers must do more to counsel their patients about the dangers of hidden toxins in the food supply.
In a peer-reviewed study published in the Nutrition Journal - "Consumption habits of pregnant women and implications for developmental biology: a survey of predominantly Hispanic women in California" - a team of psychologists from UC Riverside and UC San Diego found that the diets of pregnant Hispanic women included tuna, salmon, canned foods, tap water, caffeine, alcohol and over-the-counter medications that contain substances known to cause birth defects.
The study is unique in that it highlights the unseen dangers of consuming toxins in food and beverages that are not typically thought of as unhealthy for a fetus, said Sarah Santiago, a Ph.D. student in psychology at UCR. It also contributes to the body of literature aimed at assessing dietary habits of both Hispanic and non-Hispanic pregnant women.
"Unlike alcohol and nicotine, which carry a certain stigma along with surgeon general warnings on the packaging, tuna, canned foods, caffeine, and a handful of other foods and beverages with associated developmental effects are not typically thought of as unsafe," Santiago explained. "Hopefully, this study will encourage health care providers to keep pregnant women well informed as to the possible dangers of unhealthy consumption habits."
The research team - Kelly Huffman, assistant professor of psychology at UC Riverside and the paper's senior author; Santiago; and UCSD undergraduate student Grace Park - surveyed 200 pregnant or recently pregnant women at a private medical group in Downey, Calif., between December 2011 and December 2012. The women ranged in age from 18 to about 40, with Hispanic women accounting for 87 percent of the group. Nearly all had a high school degree, and about one-fourth had a college or post-graduate degree. More than two-thirds had an annual income of $50,000 or less.
Using a food questionnaire, participants reported how often and when during their pregnancy they ate certain foods, drank certain beverages, and ingested prescription and over-the-counter medications. Nearly all of the women reported eating meat while pregnant, with about three-quarters of them eating fish, typically tuna, tilapia and salmon. All reported eating fresh fruit, but fewer than one-third ate the recommended amount of more than one serving a day. Three-fourths ate canned goods, particularly fruits, vegetables and soup. Most reported drinking water, with 12 percent consuming tap water. Eighty percent consumed caffeinated beverages, and about 6 percent reported drinking alcohol sometime during their pregnancy. Most reported taking prenatal vitamins. Nearly half reported taking an over-the-counter medication - primarily acetaminophen - at least once and most reported taking prescription medications at least once.
The results are concerning, the researchers said.
"Consumption of tuna, salmon, canned goods, sugary desserts, fast foods, and drinking of tap water, caffeinated beverages, and alcoholic beverages during pregnancy have been deemed unhealthy due to the appearance of environmental toxins found to have harmful effects in the developing offspring," the researchers wrote.
Tuna contains methylmercury, and prenatal exposure has been associated with numerous developmental deficits involving attention, verbal learning, motor function and delayed performance. "Staggering" levels of polychlorinated biphenyls (PCBs) have been found in farmed salmon. Prenatal exposure to PCBs has been linked to lower birth weights, smaller head circumferences, and abnormal reflex abilities in newborns and to mental impairment in older children. Metal food cans are lined with a plastic that contains Bisphenol A (BPA), which leaches from the lining in cans into the food. Prenatal exposure to BPA has been associated in animal studies with hyperactivity, aggression and reproductive problems.
"This study has found that income is inversely correlated with canned food consumption, suggesting that women of low socio-economic status in particular may be especially at risk," the UC Riverside psychologists found.
Tap water also contains prenatal toxins. In Downey, eight pollutants found in drinking water exceed the health guidelines set by federal and state agencies. Some of those contaminants are known to result in central nervous system defects, oral cleft defects, neural tube defects, low birth weight and risk of fetal death, the researchers said. Pregnant women should be encouraged to drink filtered or bottled water in areas where contamination levels are high, they advised.
Also problematic was the level of caffeine consumption, the research team found. Caffeine consumed during pregnancy is associated with fetal mortality, birth defects and decreased birth weights. Animal studies have found developmental delays, abnormal neuromotor activity, and neurochemical disruptions. 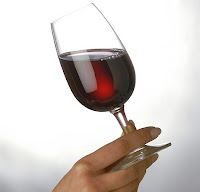 A handful of women in the study - 5.8 percent - reported drinking alcohol at some time during their pregnancy, less than the national estimate of 7.6 percent. Maternal drinking rates are highest among white women ages 35 to 44.
"We do not know whether this is something unique to Hispanic women, or ubiquitous among women of multiple ethnicities," the researchers wrote. "The implications of this research are twofold: Women of childbearing age hoping to conceive should be advised to eliminate all alcohol consumption, as effects of maternal drinking have dire consequences in the first trimester when the mother may not know she is pregnant. ... It is also clear that prenatal medical professionals should discourage the consumption of dangerous foods, beverages and medications that women commonly report consuming during pregnancy."
Not enough research has been conducted on certain substances to merit fail-proof labels of teratogenicity - that is, whether a substance causes developmental malformations. "Because regulation of prenatal consumption demands a very high level of evidence of teratogenicity, little-researched substances often go unregulated and health care professionals assume they are healthy," Santiago explained. "The problem could also lie in reduced access to health care, or time constraints in prenatal consultations. Perhaps health care providers are informed, but fail to pass the information on to their clients for lack of time or because they assume the clients are already informed."
Teratogenic substances often have subtle, though serious, effects that manifest later in development. "Research suggesting that a given substance does not cause physical abnormalities at birth may be misinterpreted as a green light for consumption - a grave mistake, considering that other research may exist demonstrating the long-term neural or behavioral abnormalities that result from consuming that substance during pregnancy," Santiago added.
The research team continues to collect data on beliefs and attitudes about consumption of these substances during pregnancy in a search for clues as to why women continue to eat these substances, and where in the system interventions would be most appropriate.
Posted by Jolie Root at 7:29 AM