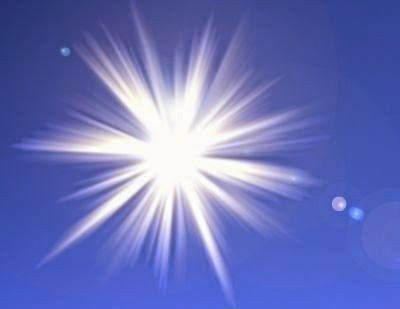 Have you had your vitamin D levels tested? I certainly hope you have because lower levels of vitamin D predict extent of coronary artery disease. Your goal should be a 25 OHD level of 30ng/mL or higher.
Vitamin D deficiency is an independent risk factor for heart disease with lower levels of vitamin D being associated with a higher presence and severity of coronary artery disease, according to research to be presented at the American College of Cardiology's 63rd Annual Scientific Session.
A growing body of research shows that vitamin D may be beneficial in preventing heart disease. Several recent studies also support the idea that low levels of vitamin D are linked to an increased risk of heart disease. Since most of us wear sunscreen and many of us are spending most of our time indoors, supplements may be your only means of maintaining adequate vitamin D levels.
In the largest study of its kind to evaluate the relationship between vitamin D levels and coronary artery disease, vitamin D deficiency (<20ng/mL) was observed in 70.4 percent of patients undergoing coronary angiography – an imaging test used to see how blood flows through the arteries in the heart. Vitamin D deficiency was associated with higher prevalence of coronary artery disease, with a 32 percent higher occurrence in patients with the lowest vitamin D levels and a near 20 percent higher frequency of severe disease affecting multiple vessels. A progressive increase in heart disease was found according to the severity of vitamin D deficiency. Patients with values lower than 10 mg/dl had a near two-fold increased rate of coronary atherosclerosis as compared with those showing normal levels.
Researchers evaluated vitamin D levels in 1,484 patients. Vitamin D deficiency was defined as levels lower than 20ng/mL, and severe vitamin D deficiency was defined as levels under 10ng/mL. Patients were considered to have coronary artery disease if they had a diameter reduction of greater than 50 percent in at least one coronary artery. The extent and severity of heart disease were measured by quantitative coronary angiography – a procedure that determines the degree of blockage in arteries.
"Present results suggest vitamin D deficiency to be the cause rather than the consequence of atherosclerosis," said Monica Verdoia, M.D., specializing cardiologist at the Department of Cardiology, Ospedale Maggiore della Carità, Eastern Piedmont University in Novara, Italy, and investigator on the study on behalf of the Novara Atherosclerosis study group by Prof. Giuseppe De Luca.
Researchers estimate that more than half of U.S. adults are vitamin D deficient, with the highest rates among African Americans and Hispanics. Vitamin D is being studied for its possible connection to several diseases and health problems, including diabetes, high blood pressure, multiple sclerosis, autoimmune conditions, bone disorders and some types of cancer.
Vitamin D supplements are inexpensive. Look for vitamin D3 as it is most effective at raising circulating vitamin D levels.
The research was presented at The American College of Cardiology’s annual scientific sessions.