Supplementation with omega-3 fatty acids could help to prevent and even reverse the progression of Alzheimer’s disease.
The connection is resolving inflammation. The beneficial fats may come to the affected person’s rescue by stimulating newly identified ‘resolution pathways’ in the brain, according to research outlining an ‘entirely new’ approach to the condition. 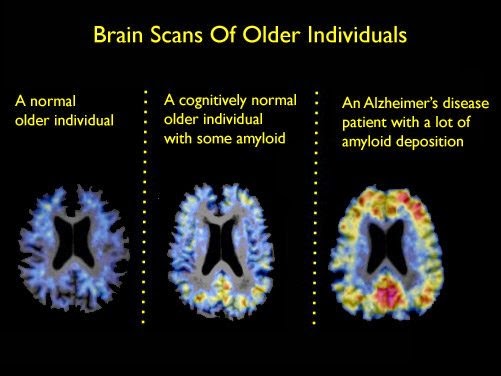 The new study, published in the journal Alzheimer’s & Dementia, demonstrates a new approach to dementia and Alzheimer’s disease – suggesting that omega-3 fatty acid derivatives stimulate the uptake of amyloid-beta proteins. The proteins are the alleged culprits in the deteriorating health of brains affected by this dreadful disease. They apparently kill brain cells and form Alzheimer's disease hallmark plaques.
Led by Professor Marianne Schultzberg from the Karolinska Institute, Sweden, the team behind the research revealed that normal inflammatory processes should ultimately lead to tissue repair in a process known as restoration. However, with Alzheimer's disease this normal process is interrupted – meaning that rather than repair and restore tissue, debris from dead cells and other microorganisms fails to be cleared away, and instead accumulates in the brain, wreaking havoc.
"Our hypothesis is that stimulation of resolution of inflammation in Alzheimer's disease may result in reduced neuronal death in the brain, and in turn have a beneficial effect in disease progression and cognition,” explained Schultzberg.
“This is an entirely new approach and provides the opportunity to develop new treatment principles for Alzheimer's disease," she said.
The Swedish team found protective compounds formed in the brain from omega-3 fatty acids help to induce the resolution process and stimulate the uptake or clearing away of amyloid-beta proteins that have been linked to the progression of Alzheimer's disease through the development of plaques.
The team will now try to prove the hypothesis by using animal models to see if omega-3 fatty acids can prevent memory loss and further loss of brain cells.
In the study, Dr Schultberg and her group examined cerebrospinal fluid from 15 patients with Alzheimer's disease, 20 patients with mild cognitive impairment and 21 control subjects. They also analyzed brain tissue from 10 Alzheimer's patients and 10 control subjects.
Schultzberg and her team looked for the presence, and comparative levels of several inflammatory molecules and receptors involved in the resolution pathway – including specialised pro-resolving mediators (SPMs), receptors, biosynthetic enzyme, and downstream effectors - in postmortem hippocampal tissue from AD patients and non-AD subjects.
SPMs were also measured in cerebrospinal fluid (CSF).
The team found that SPMs and SPM receptors were detected in the human brain – indicating the resolution pathway does exist in the brain. They also found that levels of the SPM lipoxin A4 (LXA4) were reduced in AD patients, both in the CSF and hippocampus.
In addition, an enzyme involved in LXA4 synthesis and two SPM receptors were elevated in AD brains, said the team, while LXA4 and RvD1 levels in CSF correlated with Mini-Mental State Examination (MMSE) scores.
As a result, the team concluded that the resolution pathway exists in the brain, adding that the alterations identified in the study “strongly suggest” a dysfunction of this pathway in Alzheimer’s disease.
They added that treatment with SPMs, or alternatively, by stimulating the resolution pathway – such as might occur with omega-3 fatty acid supplementation – “is suggested as a new and promising therapy in neurodegenerative disorders such as Alzheimer’s disease.” 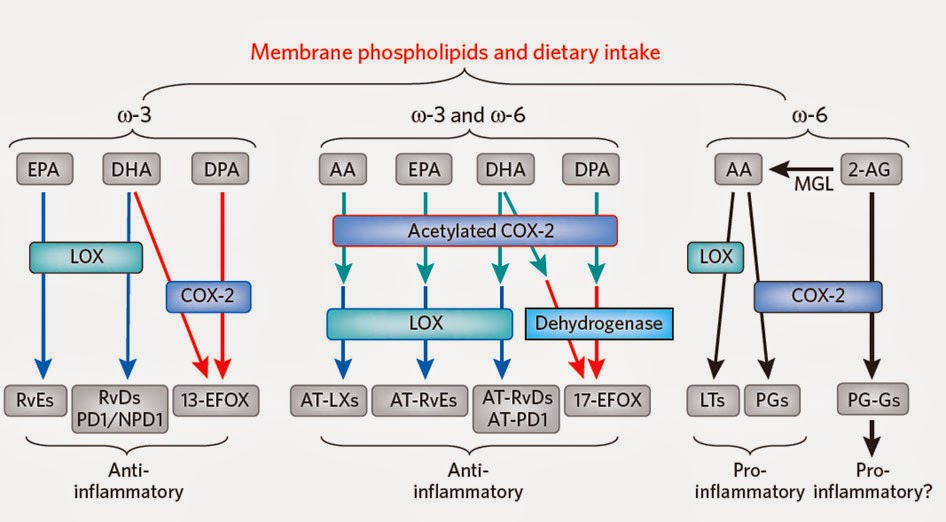