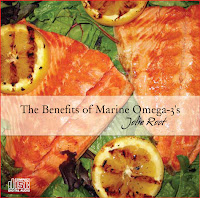 A study of over 1,400 older adults with depression reported decreased cognitive decline with omega-3 fatty acid supplementation. In the study, participants aged 55 years and older took omega-3 fatty acids for 18 months and showed significantly less cognitive decline than a control group that did not receive omega-3 supplementation, after accounting for age, gender and nutritional and vascular disease risk factors. Conversely, no association was found between fish consumption and cognitive decline, in the study, published in the 2011 "Journal of Nutrition and Healthy Aging."
Symptoms of Depression Relieved...
Depression in elderly women responds well to supplementation with omega-3 essential fatty acids, according to a study published in the 2011 "Journal of Nutrition, Health and Aging." In the study, participants aged 66 to 95 years consumed 2.5 g of omega-3 essential fatty acids per day, comprised of 1.67 g eicosapentanoic acid, EPA, and 0.83 g docosahexanoic acid, DHA, for eight weeks. Symptoms of depression, as measured by the Geriatric Depression Scale were significantly lower after the first two months. A questionnaire of physical and mental symptoms showed significant improvement in the omega-3 group and levels of EPA and DHA in red blood cell membranes significantly increased in response to the fatty acid supplementation, say the authors of the study.
Omega-3 polyunsaturated fatty acid supplements and cognitive decline: Singapore Longitudinal Aging Studies.