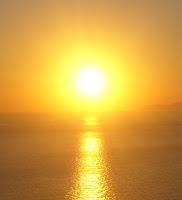 Researchers at the University of California, San Diego School of Medicine and Creighton University School of Medicine in Omaha have reported that markedly higher intake of vitamin D is needed to reach blood levels that can prevent or markedly cut the incidence of breast cancer and several other major diseases than had been originally thought. The findings are published February 21 in the journal Anticancer Research.
While these levels are higher than traditional intakes, they are largely in a range deemed safe for daily use in a December 2010 report from the National Academy of Sciences Institute of Medicine.
“We found that daily intakes of vitamin D by adults in the range of 4000-8000 IU are needed to maintain blood levels of vitamin D metabolites in the range needed to reduce by about half the risk of several diseases - breast cancer, colon cancer, multiple sclerosis, and type 1 diabetes,” said Cedric Garland, DrPH, professor of family and preventive medicine at UC San Diego Moores Cancer Center. “I was surprised to find that the intakes required to maintain vitamin D status for disease prevention were so high – much higher than the minimal intake of vitamin D of 400 IU/day that was needed to defeat rickets in the 20th century.”

“I was not surprised by this” said Robert P. Heaney, MD, of Creighton University, a distinguished biomedical scientist who has studied vitamin D need for several decades. “This result was what our dose-response studies predicted, but it took a study such as this, of people leading their everyday lives, to confirm it.”
The study reports on a survey of several thousand volunteers who were taking vitamin D supplements in the dosage range from 1000 to 10,000 IU/day. Blood studies were conducted to determine the level of 25-vitamin D – the form in which almost all vitamin D circulates in the blood.
“Most scientists who are actively working with vitamin D now believe that 40 to 60 ng/ml is the appropriate target concentration of 25-vitamin D in the blood for preventing the major vitamin D-deficiency related diseases, and have joined in a letter on this topic,” said Garland. “Unfortunately, according a recent National Health and Nutrition Examination Survey, only 10 percent of the US population has levels in this range, mainly people who work outdoors.”
Interest in larger doses was spurred in December of last year, when a National Academy of Sciences Institute of Medicine committee identified 4000 IU/day of vitamin D as safe for every day use by adults and children nine years and older, with intakes in the range of 1000-3000 IU/day for infants and children through age eight years old.
While the IOM committee states that 4000 IU/day is a safe dosage, the recommended minimum daily intake is only 600 IU/day.

“Now that the results of this study are in, it will become common for almost every adult to take 4000 IU/day,” Garland said. “This is comfortably under the 10,000 IU/day that the IOM Committee Report considers as the lower limit of risk, and the benefits are substantial.” He added that people who may have contraindications should discuss their vitamin D needs with their family doctor.
“Now is the time for virtually everyone to take more vitamin D to help prevent some major types of cancer, several other serious illnesses, and fractures,” said Heaney.
Other co-authors of the article were Leo Baggerly, PhD, and Christine French.
http://www.newswise.com/articles/view/573725/?sc=dwhr&xy=24786
Posted by Jolie Root at 5:51 PM