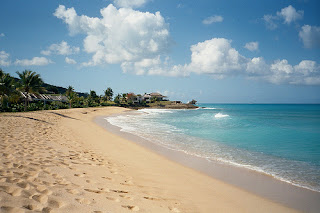 
The connection...sunlight..which leads to having better levels of vitamin D. OK feeling utterly peaceful doesn't hurt either...
Worried about sunlight and skin cancer? Then put on the sunscreen and take a vitamin D supplement. And get your vitamin D level tested at your next check-up. You want a level not less than 30 ng/ml and up to 100ng/ml is still safe. In Canada or New Zealand the normal level starts at 80 nmol/L. Adults will likely need 4000 ius vitamin D3 daily to maintain levels of 30ng/ml.
Framingham Study Links Low Vitamin D to Heart Risk
Vitamin D deficiency—more traditionally associated with bone and muscle weakness—may also increase the risk of cardiovascular disease (CVD).
Low 25-hydroxyvitamin D levels have been linked to CVD risk factors: hypertension, obesity and diabetes, as well as major cardiovascular events such as stroke and congestive heart failure.
The prestigious Framingham Heart Study found that people with Vitamin D levels below 15ng/ml were twice as likely as those with higher levels ( 30 ng/ml or better) to have Heart Attack, Stroke or Cardiovascular event...and it was likely that the event would occur in the next five years
American College of Cardiology (2008, December 2)
The Physicians Health Study Links Low Vitamin D Levels to Doubling The Risk Of Heart Attack
Men with a vitamin D deficiency (< 15 ng/ml) had twice the risk for heart attack compared with those having 30 ng/ml or higher.
Low levels of vitamin D appear to be associated with higher risk of myocardial infarction (heart attack) in men, according to a new report. Studies have shown that the rates of cardiovascular disease-related deaths are increased at higher latitudes and during the winter months and are lower at high altitudes, according to background information in the article. "This pattern is consistent with an adverse effect of hypovitaminosis D [vitamin D deficiency], which is more prevalent at higher latitudes, during the winter and at lower altitudes. Vitamin D has been shown to affect the body in ways that may influence the risk of heart attack or heart disease.
Edward Giovannucci, M.D., Sc.D., of Harvard School of Public Health and Brigham and Women's Hospital, Boston, and colleagues reviewed medical records and blood samples of 454 men (age 40 to 75) who had non-fatal heart attack or fatal heart disease from the date of blood collection (between January 1993 and December 1995) until January 2004. They then compared the data from these men with records and blood samples of 900 living men who did not have a history of cardiovascular disease. The men's diet and lifestyle factors, recorded by self-administered questionnaires were also noted.
Men with a vitamin D deficiency (having 15 nanograms per milliliter of blood or less) had an increased risk for heart attack compared with those with a sufficient amount (having 30 nanograms per milliliter of blood or more) of vitamin D. "After additional adjustment for family history of myocardial infarction, body mass index, alcohol consumption, physical activity, history of diabetes mellitus and hypertension, ethnicity, region, marine omega 3 intake, low- and high-density lipoprotein cholesterol levels and triglyceride levels, this relationship remained significant," the authors write. Men with intermediate levels of vitamin D had a higher risk of heart attack than those with sufficient vitamin D levels.
"Vitamin D deficiency has been related to an increasing number of conditions and to total mortality. These results further support an important role for vitamin D in myocardial infarction risk," the authors conclude. "Thus, the present findings add further support that the current dietary requirements of vitamin D need to be increased to have an effect on circulating 25(OH)D [vitamin D] levels substantially large enough for potential health benefits."
Edward Giovannucci; Yan Liu; Bruce W. Hollis; Eric B. Rimm. 25-Hydroxyvitamin D and Risk of Myocardial Infarction in Men: A Prospective Study. Arch Intern Med., 2008;168(11):1174-1180
Posted by Jolie Root at 4:05 PM